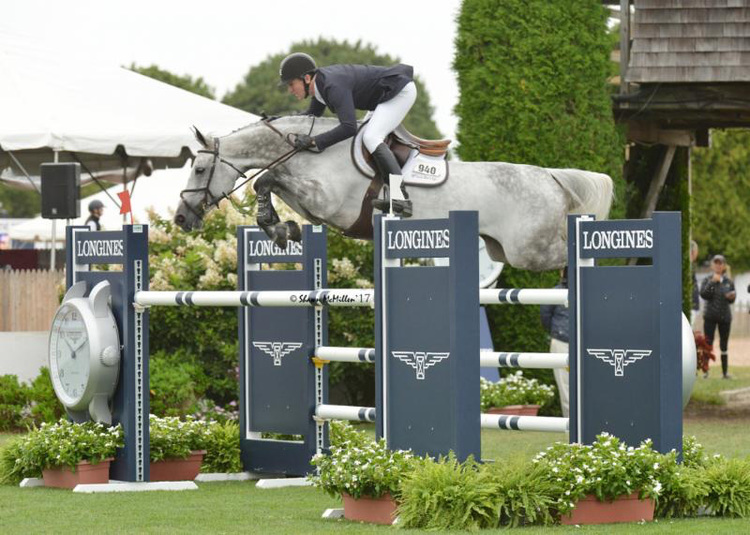 Activity in the jumper rings ramped up Friday at the Hampton Classic, with qualifying classes taking place for those hoping to move forward to the weekend, and championships being awarded in divisions taking place throughout the week. 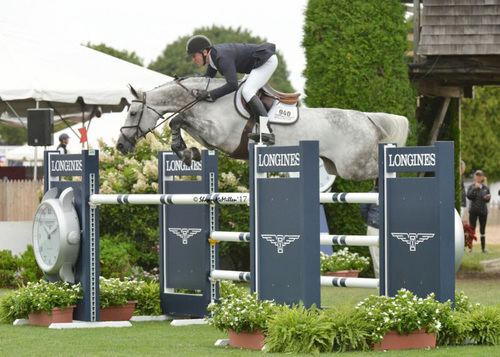 Riding the cat-like eight-year-old gray mare, Bellefleur PS Z, Ward bested the competition, and the course, to come out on top in a time of 74.227 seconds. Bellefleur is owned by Ward's godmother, Susie Heller, and his daughter, Lilly.

The course included the natural obstacles of the bank and the open water jump scored with a rail on top.

"She's really a fun horse, she's very careful, but she's like a little lion," described Ward after the class. "We'll just keep stepping her up the ladder and we'll see where she ends up. She is naturally fast and so brave. I wasn't sure what she was going to think about the naturals though - the bank and the open water with the rail. We had practiced them a little bit, but she hasn't had a lot of experience with them yet. She just takes everything in stride and, you know, with her rhythm and carefulness, it allows you to stay at just the right pace. A lot of the careful horses love the grass field, and for some it is intimidating. It really depends on the personality of the horse. Bellefleur is not intimidated by much really!"

Earlier on Friday, was the $10,000 Land Rover Junior/Amateur Owner Welcome Stake. Held as a qualifier for Sunday's $25,000 Campbell Stables Jumping Derby, the top 30 horses from the Stake class are eligible to advance.

The course also included the natural obstacles of the bank and the open water with a rail on top. 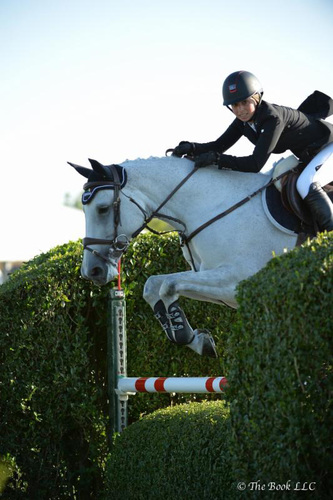 Claudia Villamil with Quite Close. © The Book, LLC.

After the class, Villamil shared a surprising piece of information: "I've never jumped a bank with this horse!" Villamil confided. "I thought she would maybe spook at the bank, but she was really brave and took everything in stride. Since this is my favourite show of the year, I wanted to be quite competitive, so I am very happy with how it turned out."

Last to go in the jump-off, O'Shea was able to open up the stride of his mount to let him cover the ground and 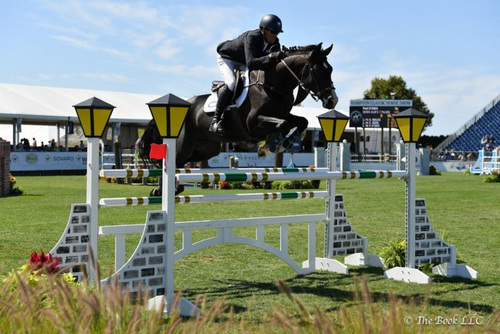 "This horse has particularly big strides and in a big grass field like this one, this was very useful," explained O'Shea. "I felt I could move up the pace without him falling apart, which was a big advantage, as was being the last to go. The horse was educated in Ireland, so he has jumped a lot on grass, but I haven't gone fast on this horse before. I have been aiming for this class and I haven't tried to win anything else with him." 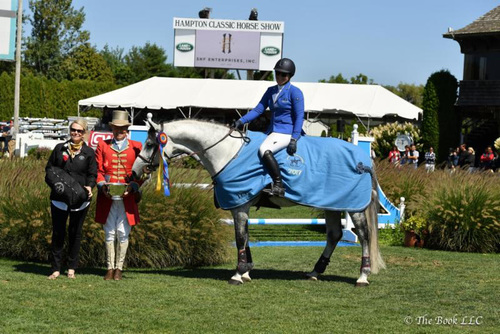 Friday's class,
combined with the $10,000 Brown Harris Stevens 7 & Under class Wednesday, and a third class sponsored by Mario and Lisa Deslauriers made up the series. The Cham
pionship went to Taylor Flury with her gray stallion Carrasca Z. Flury and O'Shea ended up tied for the reserve champion position.

In Jumper Ring Two, the $10,000 Junior Jumper Classic was won by Kathryn Hall with her horse Victor E. Runners up were Sophie Gochman, with Wirina, owned by Gochman Sport Horse LLC. The Champion and Reserve Champion titles were awarded to Hall and Gochman respectively. 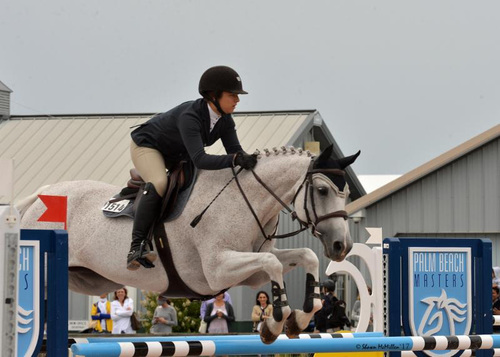 The $10,000 Amateur-Owner Jumper Classic presented by Swede Ventures was won by Megan McDermott with her horse Bull Run's Becky Blue. Second went to Annie Phillips with her own Sundance, third went to Mary-Kate Olsen with Dunotaire V.