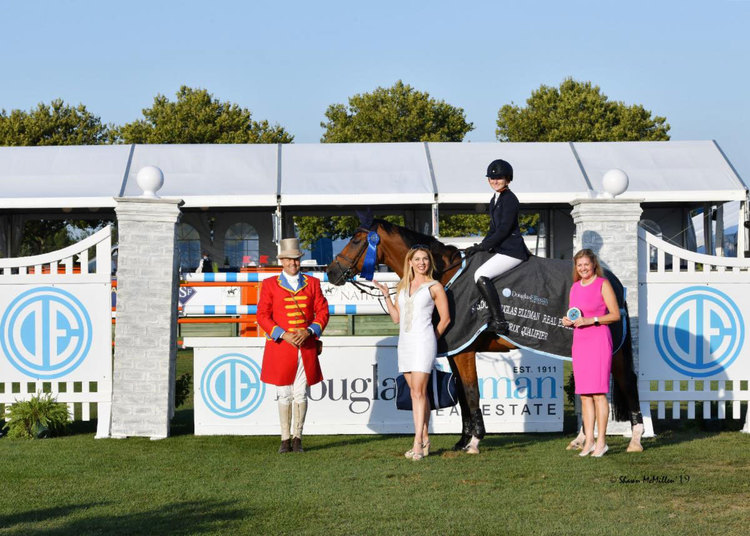 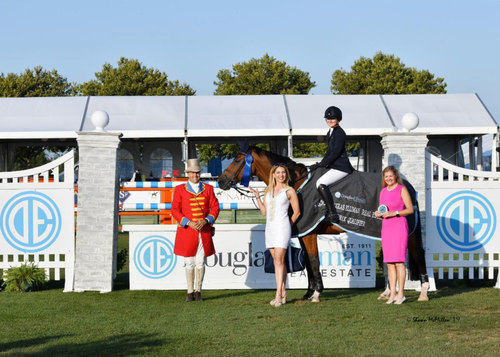 Any rider wishing to compete in Sunday’s marquee event had to complete Friday’s class. As an added incentive, the starting order for Sunday’s $300,000 DOHA.INC Grand Prix is the reverse order of finish in the qualifier, putting Deslauriers in the highly favored final position in Sunday’s competition.

Of the massive 64-horse starting field, 16 were able to successfully navigate the first-round course set by 1976 Olympic Silver Medalist Michel Vaillancourt of Aiken, SC, to advance to the jump-off.

Deslauriers trains under two-time Olympic gold medalist McLain Ward, to whom she placed second in this class three years ago. She credits her coach for reminding her to stick with the plan and trust in her horse and herself.

“Hester felt really good and fresh coming into the first round,” said Deslauriers who recently rode on the U.S.’s Bronze Medal team at the Pan American Games in Lima, Peru. “The triple combination was a huge focus of mine as it caught a lot of people with the striding. The B to C elements were set on a very short distance. I really tried to stay patient.

“Before I went into the ring for the jump-off, McLain reminded me to stick to the plan. He said ‘Believe in it and know that it’s the winning plan. Don’t worry about what everyone else has done.’ I tried from start to finish to do that, to stay calm and patient, and not rush or get anxious trying to figure out if I was fast enough or not.

“I tried to keep a good pace and I had planned all my striding which was good, because I really had to stay focussed and straight. As it turns out, I didn’t quite get the angle to the second-to-last jump that I wanted, and I had seen a couple of people have that last jump down whether they did seven or eight strides to it. I was really just thinking about keeping that last jump up, hoping that when I did the eight strides it would be fast enough to win.” 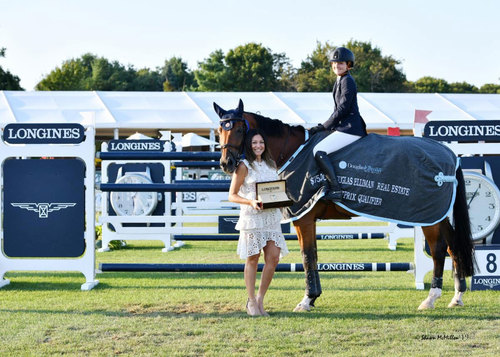 They would have to wait and see if their time would hold up, but not as long as second-placed Andy Kocher had to wait between his first and second (jump-off) rounds. Kocher and Carollo jumped their first round in 17thposition, somewhere around 2:45pm, meaning they had more than two hours to wait before they returned to participate in the jump-off. For Carollo, it meant the chance to relax back at the barn and even get a little pampering before coming back to the ring feeling refreshed and renewed.

“We took him back to the barn, took out all his studs, took off all his tack, let him have a drink and iced his legs,” explained Kocher. “The owner’s wife is a neuromyologist, she works his muscles, tendons and ligaments. She worked on him before the class and again before the jump-off. He’s a big long horse and he can be a bit stiff. She works his neck and his rear end, which always means I can turn him better. The jump-off was like a whole new class for him!

“He just flew in from Thunderbird in Vancouver, through Memphis and then Newark and then here, so this class was just a warm-up really. Hopefully we can give him enough rest now and have him ready to go on Sunday.”

Kocher and Carollo were fast in a time of 36.39, good enough for second place behind Deslauriers and Hester, and just in front of Canadians Amy Millar and Truman, who finished with a jump-off time of 36.93 seconds. 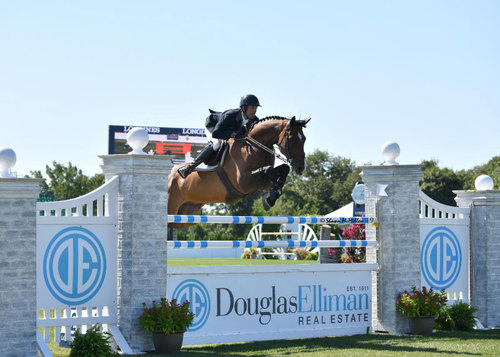 Although Ireland’s Richie Moloney competed Friday afternoon wearing the LONGINES Leading Rider armband, Adrienne Sternlicht had regained the lead by the slightest of margins at the end of the day. Sternlicht currently has 228 points with the two previous winners of the Challenge, Moloney and countryman Shane Sweetnam, behind her with 215 and 210 points respectively. The Challenge will continue through Sunday, when the Leading Rider will receive a check for $30,000 and a new LONGINES timepiece.