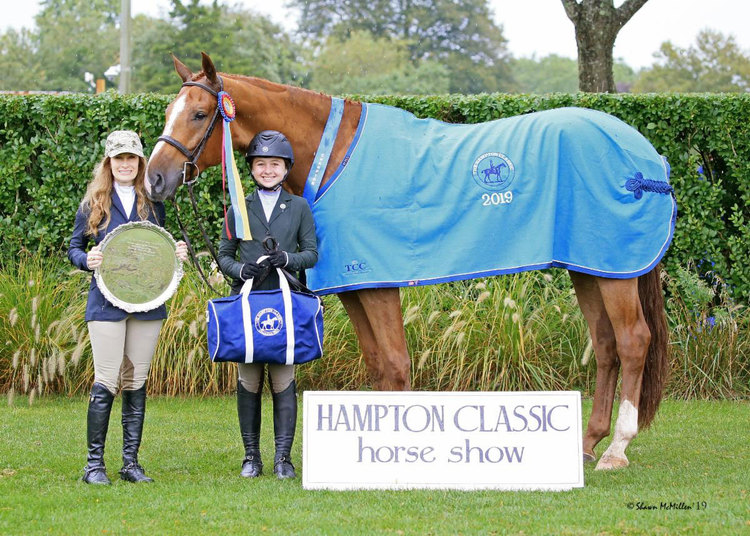 The Hampton Classic represents the culmination of the outdoor season for many show hunters in America. Top hunters are crowned and now begin their preparations for the indoor fall events.

While hunter competitions continue through Sunday, a number of divisions have awarded Champion and Reserve Champions to this point: 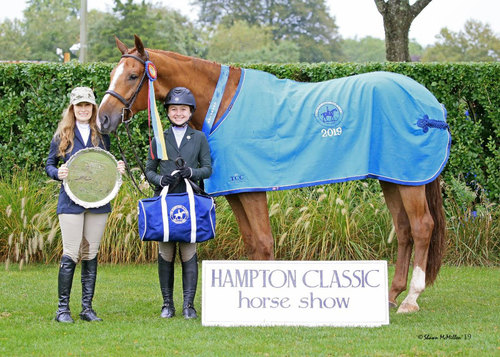 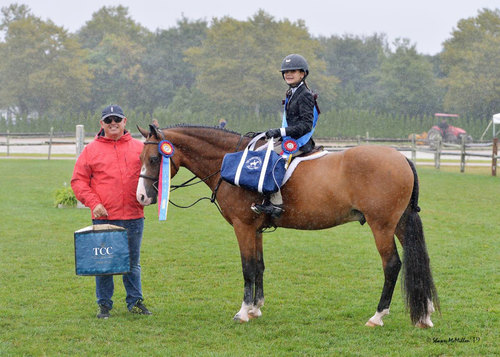 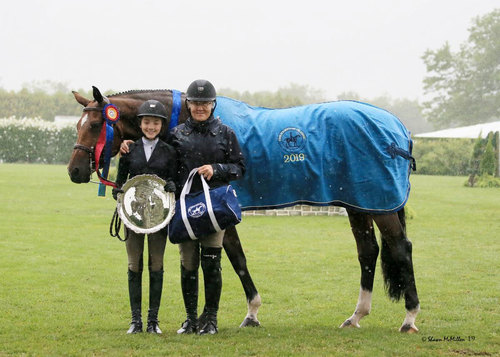 Sophia Moskowitz and Maggie May were Grand Children's Hunter Champion. They received the Virgina Hunt Trophy sponsored by the Hampton Classic. © Shawn McMillen 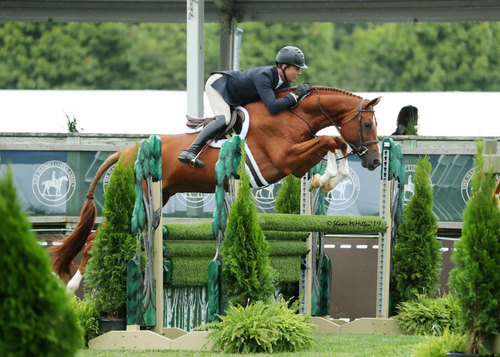 The Hampton Classic joined forces with the Old Salem Farm Spring Show to offer the $5,000 Mane ‘n Tail Hunter Rider Challenge to the rider accumulating the most points in open hunter classes at 3’6” and higher over the two shows.

The points have been tallied and the winner of the inaugural $5,000 Mane ‘n Tail Hunter Rider Challenge is Scott Stewart of Wellington, Florida.

Adrienne Sternlicht currently leads the $30,000 LONGINES Challenge with 200 points, ahead of Molly Ashe-Cawley with 149 points and McLain Ward with 102 points. The challenge continues throughout the week and will be awarded Sunday following the $300,000 DOHA.INC Grand Prix CSI4*. The leading rider will receive $30,000 and a new LONGINES timepiece.