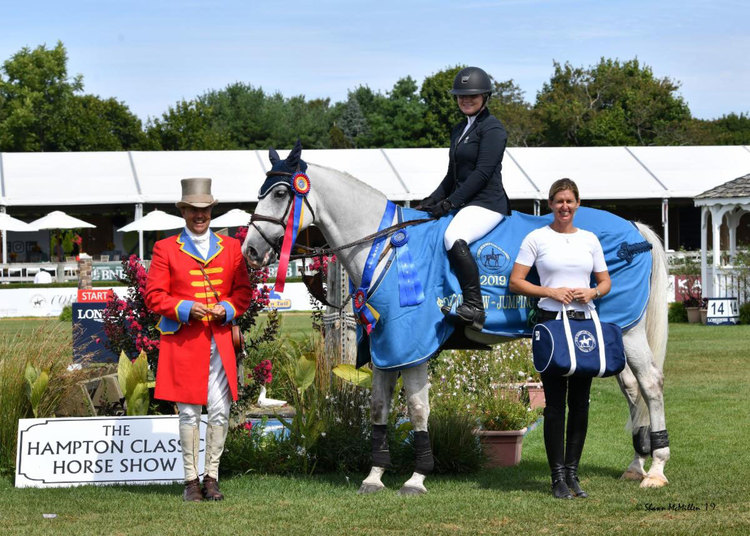 Bronte Gray-Rochon of Toronto, Canada, rode Williamstown Guidam to the win in the $25,000 Show Jumping Hall of Fame Show Jumping Derby Sunday morning at the Hampton Classic, on the final day of competition of this year’s horse show. The class was open to Amateur-Owner and Junior riders who had competed in the Welcome Stake earlier in the week. 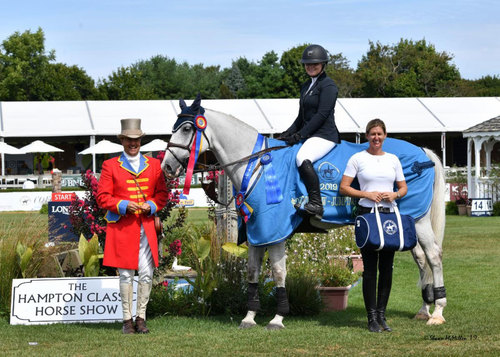 The derby course set by Michel Vaillancourt of Aiken, SC, included the natural obstacles of the bank and open water, which had given many riders trouble throughout the week. Faults were spread out over the course, and of the 18 riders who started the class, just three posted clean rounds to advance to the jump-off.

Representing France, Agathe Van Gysel and Duc Des Tourelles Z were first to jump-off. They had the first fence down to ultimately finish second with four faults in 41.521 seconds. Next to go was Chloe Field with Tess de Jalesnes, they too lowered the first fence, had a refusal and time faults, to finish third with 11 faults in 47.661 seconds. Last to challenge, Gray-Rochon entered the ring with the plan of having a calm and consistent clean round in the class they had planned their entire show season around.

“We were really lucky that we were last to go in the jump-off,” said Gray-Rochon. “We had the advantage of being able to watch the first two go. My plan was to be efficient but try to ride for a nice clean round. We had a little mistake in the warm-up ring right before going in, but we’ve been together for six years and I knew it was totally my fault. I gave him a pat and tried to give him a couple of really positive jumps while giving myself a kick in the butt! He really felt like he enjoyed jumping in there, he’s been really happy all week.” 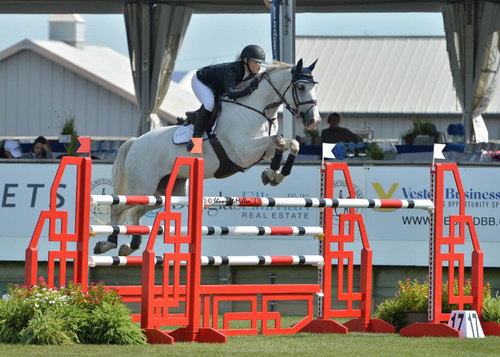 Gray-Rochon and Williamstown Guidam won with a clean jump-off round in a time of 42.884 seconds. They were also awarded the Amateur-Owner Jumper 1.40m championship title. The reserve championship went to Agathe Van Gysel and Duc Des Tourelles Z.

The Junior Jumper 1.40m championship sponsored by Swan Creek Farm went to Ava Ellis with Quivive SZ and reserve went to Ned Cunniffe with Buckle Up. 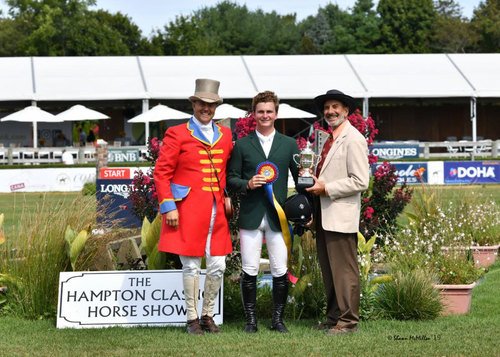 The Style of Riding Award is presented to the Junior Jumper rider who best exemplifies the American style of equitation, as modeled by show jumping Hall of Famers such as Conrad Homfeld and Joe Fargis.

Ralph Alfano, speaking on behalf of the judges committee evaluating the field of young riders throughout the week, said Cunniffe was the “runaway winner” for the award this year.

“We definitely thought Ned was the clear winner,” said Alfano. “It’s not only about his style, but also his ability as a jumper rider. He’s very professional, he rides with a lot of authority and he has a very positive attitude about it which shows as he rides. He’s not at all backed off.”

Cunniffe, based in South-Salem, NY, trains with Irish rider Paul O’Shea. He echoed the sentiments of the judges when asked to describe what winning this award meant to him.

“It’s a great compliment and an honor to receive this award,” said Cunniffe. “I don’t actually think of myself as having a great style, I think of myself as just trying to get it done. Having style is important not just for looks in this sport but to be able to get the job done.”

Cunniffe, 18, admits to having preferred other sports to riding while growing up, but confessed that the Hampton Classic was his favorite, and always on his list for the end of summer.

“The one show I would get to do every year was the Hampton Classic,” said Cunniffe. “My mom would always get a pony ready and at the last minute I’d get to do a luxury show like this. I always thought it was a little unfair - everyone else had to go show all over the place, and the one show I got to do was the nicest one!”