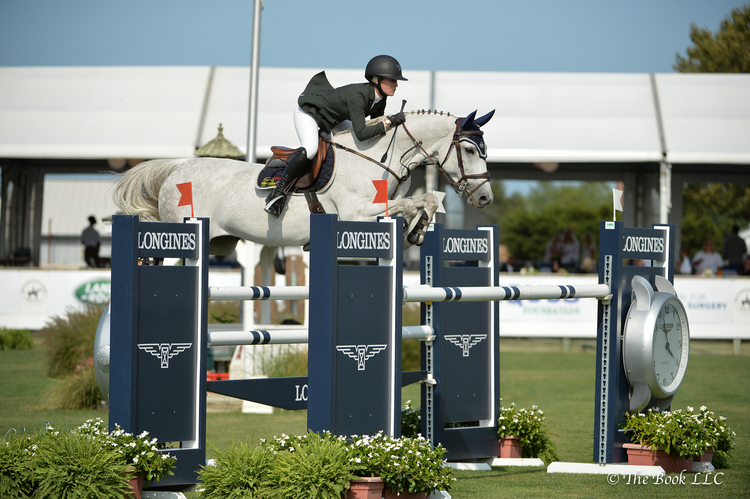 Riders who brought their "A" Game to Sunday's Opening Day at the 42nd Hampton Classic were rewarded financially, with all fifteen fault-free rounds finishing in the money in the $30,000 Boar's Head Jumper Challenge presented by Dan's Papers.

Topping the leaderboard of the 60 starters in the one-round, 1.40 meter speed class was Great Britain's Amanda Derbyshire with Lady Maria BH, an 11-year-old Holsteiner mare owned by Gochman Sport Horse LLC, who has been Derbyshire's partner for just two years. The pair shaved seconds off their time by leaving out strides to finish in a time of 58.467 seconds. 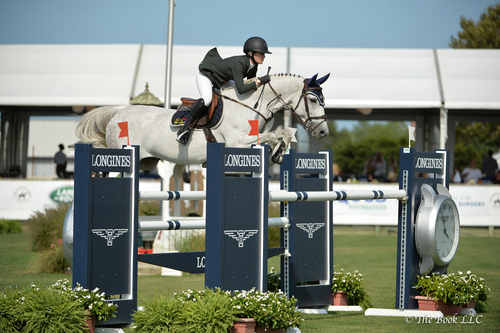 "I had the advantage of going quite late in the order, so I was able to watch a lot of the class," said Derbyshire. "There were a lot of options to leave strides out down the lines, and Lady Maria has such a large stride. That's always an advantage. She's a fast horse, and she's very versatile. I can take her in a speed class, and she will try her heart out, or I can take her in a little bigger class and she never tries to not jump the jumps. You can turn up and you know she's going to try and make it to the other side."

The crowd gave a resounding cheer watching Goutal cross the timers in 59.121 seconds, as it had been announced this would be Onira's final competition before retirement.

Goutal could not help but smile when asked about retiring him when he still finishes so well in the top competitions.

"I guess it is bitter sweet," she said. "He's done so many big classes, he has won so many classes and everything I did first I did them with him. The equitation finals, my first grand prix, my first World Cup Finals. I'm really proud I've had him for so long, he is 21 and retiring on a day like today where it's against 60 horses and still has a real chance of contending. He has really been an honor to have."

Rounding out the top three was Ireland's Richie Moloney with Slieveanorra, hot on Goutal's heels with a time of 59.246 seconds.

Forty-eight horse-and-rider combinations completed the initial scored round, following which the course was adjusted and the top twelve were invited back in reverse order of standing for the second "handy" round. The scores were then averaged to achieve the final results.

Bridgehampton's own Laura Bowery and Catrine Golia's Royal Expectation were the final pair in the ring for the second round, having posted the high-score of the morning with 91 points.

By late afternoon and the second round, the sun had shifted, throwing substantial shadows across the course which proved the undoing of more than one pair.

"For me, the biggest challenge in riding the hunters well, versus the jumpers, is in the precision, and staying calm and making it all look seamless," said Bowery after an emotional awards presentation and victory gallop. "In the first round he just jumped outrageously well. He was very relaxed but really put a "10" into every jump. The horse that was ahead of me was a beautiful jumper and had a great round with an 89. So to get a 91 in the first round was pretty cool. All the horses were spooky in the second round with the light, but I made an inside turn to the birch jump which no-one else made and I think my trot jump was amazing. Those are usually hard for him as he was a jumper until just two years ago." 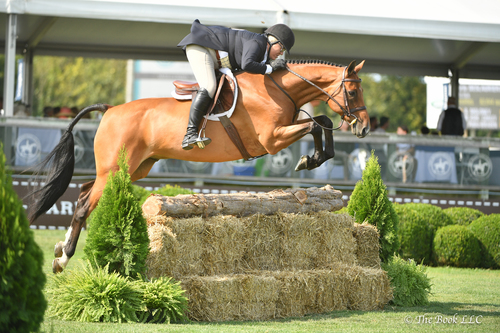 From now through September 3, the Classic will feature over 200 classes in six beautifully manicured show rings; a Boutique Garden with more than 70 vendors for shopping, and a wide selection of dining options on the world-class 60-acre showground.

The Hampton Classic is one of the most spectacular events in the nation and showcases the highest levels of equestrian show jumping competition. The world-class event hosts hundreds of top riders and horses from all over the nation and world.

For those who can't make it to the show grounds, complimentary live webcasts of all Grand Prix ring competitions air on the Hampton Classic website, produced by ShowNet. In addition, WVVH-TV, the official Long Island television station of the Hampton Classic, broadcasts up to five hours of competition and highlights each day during the Classic. These broadcasts can also be seen on line at www.wvvh.tv. Most of the Classic's other classes are also available on ShowNet.biz.