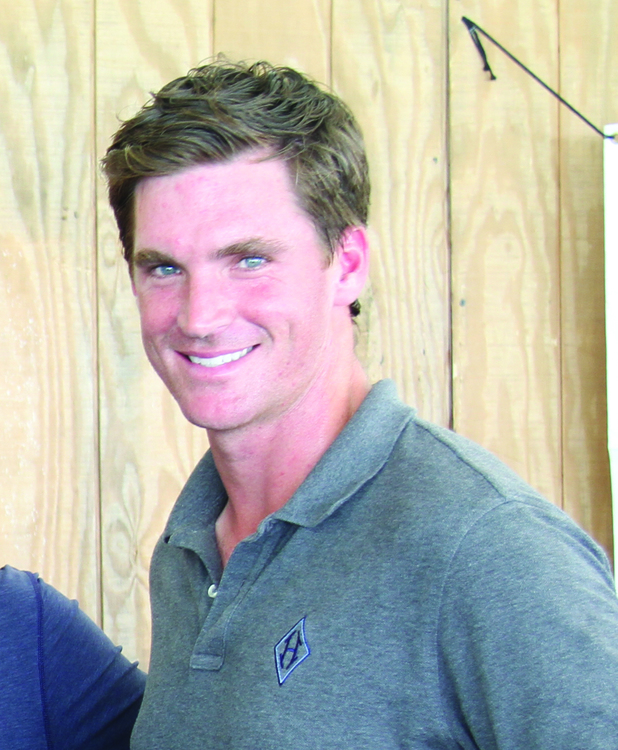 Originally from Chicago, Illinois, Quentin Judge was the only person in his family with a passion for horses. He has worked for some of the top professionals in the industry, including Missy Clark, Joe Fargis, Jan Tops, and Margie Engle.

Judge had a standout year in 2012 performing well in the USEF Show Jumping Selection Trials for the Olympic Games, finishing 14th overall. He made his Nations Cup debut at CSIO2*-W Buenos Aires, where he helped the U.S. win Team Gold.

Judge had another big year in 2013, as he earned his first FEI-level victory in the $50,000 Husky Energy Cup at the Spruce Meadows 'Continental' Tournament. He also helped the U.S. team earn top honors in the Furusiyya FEI Nations Cup at CSIO3* Bratislava in Slovakia.

In 2014 he had even more international success. Quentin rode “HH Dark de la Hart” to the win in the $210,000 CNOOC Nexen Cup Derby and to second in the $210,000 Cenovous Energy Classic Derby at the Spruce Meadows Summer Series. With new mount “HH Copin van de Broy,” Quentin finished third in the prestigious $210,000 ATCO Power Queen Elizabeth II Cup, fourth in the $400,000 Pan American Cup, and ninth in the $400,000 RBC Financial Grand Prix at Spruce Meadows. The pair traveled to Europe where they won an individual class and were part of the gold medal winning U.S. Team in the FEI Nations Cup at CSIO5* in Gijón, Spain

His 2015 season saw Judge continue with top placings in international shows. He and “HH Copin van de Broy” enjoyed several top placings in FEI World Cup qualifiers, including fourth at the Bromont CSI3-W* in Canada, second at the Sacramento CSI3*-W, and 12th at the Del Mar CSI4*-W to name a few.

2016 was another important year for Judge. With his top placings in World Cup qualifiers including 12th place at the Palm Beach CSI4* in Wellington, FL and fifth at the Live Oak International with “HH Copin Van De Broy” and “HH Whiskey Royale” respectively, Judge earned his ticket to compete in his first FEI World Cup Final in Gothenburg, Sweden.

In 2017, Judge, riding “HH Conrad,” was part of the U.S. Team that took the bronze medal in the Nations Cup in Coapexpan, Mexico. His top results continued at shows including North Salem, Spruce Meadows and Tryon.

Judge successfully competed a string of horses during the 2018 winter circuit in Wellington, Florida earning top placings at WEF as well as sixth place with “HH Conrad” in the Palm Beach Masters World Cup qualifier at Deeridge Farms.

Judge is a professional rider at Double H Farm, a world-class competition, sales, and breeding operation based in Ridgefield, CT, and Wellington, FL. Judge and his wife, Cayce, have a son, Harrison.