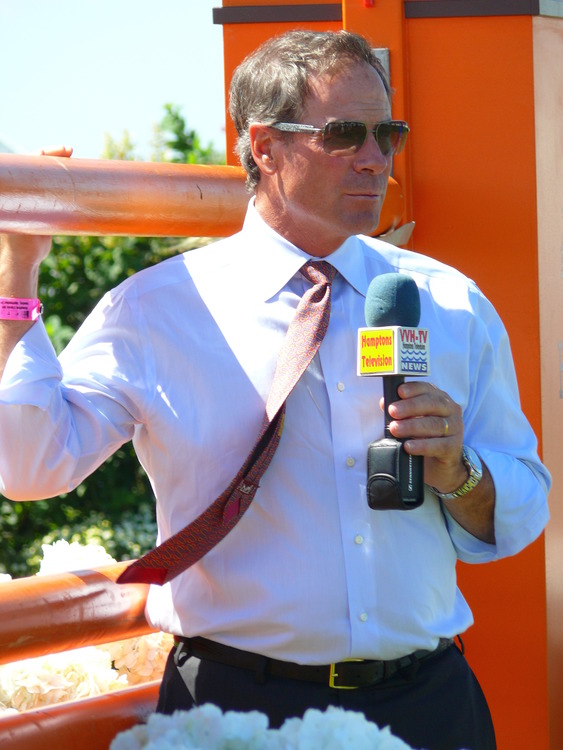 Peter Leone has been competing successfully on the grand prix circuit for two decades. He achieved a lifelong dream in 1996 when he represented the U.S. Equestrian Team (USET) in the Atlanta Olympic Games and helped the U.S. win the team Silver Medal. Leone made the 1996 Olympic team, and was co-winner of the Cosequin/USET Show Jumping Championship, despite riding with a broken collarbone.

When only 20 years old, he won the International Jumping Derby in Newport, Rhode Island, then regarded as the most challenging show jumping event in the nation.

Leone was a recipient of a USET grant to represent the U.S. on a 1997 European tour. He was a member of the winning Nations' Cup USET squad at Rotterdam and he won the Derby at Valkenswaard aboard Crown Royal “Let's Go”. Leone was one of 12 riders to contribute to the USET's win of the inaugural Samsung Nations' Cup Series in 1997. In June 1999 Leone pulled off a phenomenal double win, winning two grand prix titles over a world-class field in Germany in one weekend. In 2009 Leone rode “Candide” to win the Fairfield Grand Prix.

Leone is the middle of the three brothers known as Team Leone. A graduate of Drew University, Leone has experience as a broadcaster on show jumping telecasts.

In 2012, Leone rode “Lincourt Gino” to a third place finish in the World Cup class at Bromont, followed by a win in the prestigious American Gold Cup, also a World Cup qualifier and one of the sport’s most highly regarded titles, at North Salem.

Leone had several top placings nation-wide throughout the 2014 season on both “Wayfarer” and “My Pleasure”, including a win with “My Pleasure” in the $25,000 SmartPak Grand Prix at the HITS Summer Show.

In 2015 Leone earned several top-ten placings at WEF and competed at two FEI World Cup™ qualifiers, placing seventh in Bromont. He and “Wayfarer” won the $30,000 Lake Placid Jumper Classic. At the Hampton Classic, Leone took 11th place aboard “Creativo” in the $15,000 Merrill Lynch Speed Derby and 16th place in the $40,000 Longines Cup with “Wayfarer.”

Leone has had a busy start to 2016, competing “Wayfarer” at WEF, the Live Oak International in Ocala, Florida and the Spring Show at Old Salem in New York. Leone is a familiar face to fans of the Hampton Classic as he is a featured broadcaster on the daily WVVH-TV Hampton Classic broadcasts.

Throughout 2016 Leone competed at some of the top shows in the nation, earning top placings on the winter circuit at WEF and Live Oak International in Ocala. He also competed at Bromont, Saugerties, and the Hampton Classic, where he took second place in the $40,000 Sovaro Speed Stake aboard “Capito Z” and ninth place in the $300,000 Hampton Classic Grand Prix with “Wayfarer.” He is a familiar face to fans as he is a featured broadcaster on the daily WVVH-TV Hampton Classic broadcasts.

At the Split Rock Jumping Tour, he and “Wayfarer” took second place in the $40,000 Amalaya Investments Grand Prix CSI3*.

Leone competed his top horses “Capito Z” and “Wayfarer” at the 2017 WEF where he earned several top-ten results with both horses. He and “Wayfarer” concluded week seven with a win in the $50,000 Grand Prix CSI 2*. He then moved on to the Old Salem Farm Spring Horse Show, where he and “Capito Z” took ninth place in the $50,000 Old Salem Farm Grand Prix CSI2*.

In 2018, Leone scored several top-ten placings at the Great Lakes Equestrian Festival (GLEF) including fourth place with “Camillo VDL” in the $35,000 Great Lakes Classic CSI3*, before heading to the Hampton Classic, where he and “Capito Z” placed 10th in the $40,000 Hampton Classic Speed Stake and took eighth place with “LS Donner” in the $30,000 Boar’s Head Open Jumper Challenge.

Leone began his 2019 season with several top placings at WEF aboard a variety of horses. During the spring season, Leone took seventh place with “E-Boy W” in the $50,000 Ox Ridge Grand Prix, followed by sixth place with “Donner” in the $134,000 Mary Rena Murphy Grand Prix CSI3* at the Kentucky Spring Classic.