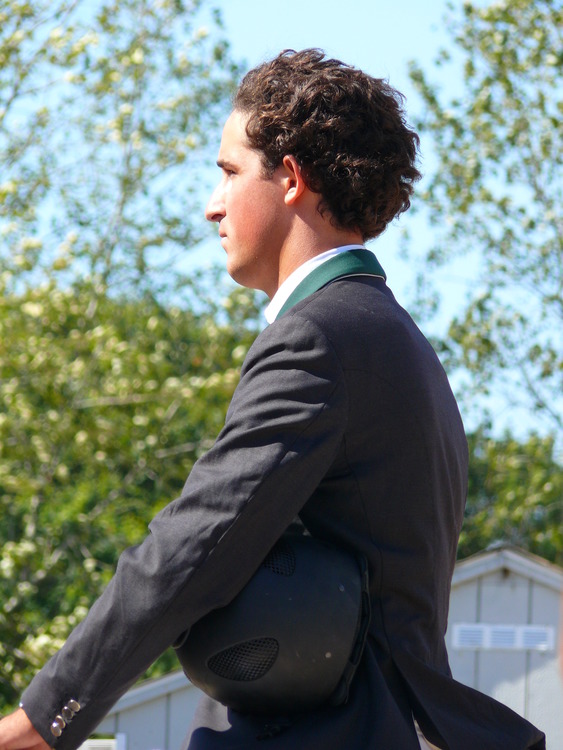 Despite having an Olympic medal-winning show jumping rider as a father, Nick Dello Joio didn’t have his first riding lesson until he was in high school. Nick participated in hockey, football, golf and soccer in high school, but had never been moved to try riding. After an impromptu lesson with his father while at a horse show in Europe, he decided he liked it and was soon on his way to continuing the family success in the sport.

After working with trainer Missy Clark, he was soon on his way to Children’s Modified Circuit Championship at the Winter Equestrian Festival in Florida the following year. He then went on to success in the High Junior Jumper Division and now competes successfully on the Grand Prix circuit.
In 2009, Dello Joio posted back-to-back Grand Prix wins at the Atlanta Fall Classics I and II. In 2010 he was honored as recipient of the USET’s Maxine Beard Show Jumping Developing Rider Award recognizing his past performances and future potential to represent the United States in international competition. He was also selected for the USEF’s 2010 Show Jumping International Young Riders Tour.
Dello Joio had one of his biggest wins to date in July, 2012 when he rode “Scarface” to the win in the World Cup class with the only double clear at the Bromont International CSI-W.

In 2013, Dello Joio had much success at Spruce Meadows aboard “HH Carlos Z,” taking a third and three fourth places at two of the international shows. A month later the duo headed to Europe and won a Grand Prix at Valkenswaard in The Netherlands.

In 2014, Dello Joio took second place with “Ganjan” in the $50,000 Equestrian Sotheby’s Jumping Derby at WEF. Later that year he returned to Spruce Meadows, scoring several top placings with his up-and-coming jumper “Contiki.” The pair won a 1.35m and 1.40m class and took two third places as well as a fourth in the international 1.45m classes. Moving up the ranks of success, the duo then took second place in the 1.40m at Silver Oak, followed by a win in the $100,000 Grand Prix at Angelstone.

Dello Joio had a great start to his 2015 season, winning a WEF Challenge Cup class aboard “Contiki” at WEF. The pair went on to place 8th in the Old Salem Farm Grand Prix and then leapt into the winner’s circle at Spruce Meadows, clinching the $34,000 Westmoreland Coal Cup – his first-ever win in the International ring there. The pair continued their path to victory, winning the $100,000 Grand Prix at Angelstone in Canada. He also won the $100,000 Woodlea Farms Adirondack Grand Prix at Lake Placid on Pistoya. The pair went on to win the Tryon Grand Prix at the TIEC.

Dello Joio had a successful start to the 2016 season, placing 6th in the $380,000 Fidelity Investments® Grand Prix CSI 5* at WEF on his new ride “Quite Cassini,” the former mount of Australia’s Jamie Kermond who rode the stallion at the 2014 FEI World Cup Final. At the Spruce Meadows CSI5*, he scored several top-ten placings including fourth place in the Wipro Cup 1.45m speed class with “Contiki” and fifth place in the Ducan Ross Cup 1.50m aboard “Corlida.”

Nick started off the 2017 season at WEF, competing “Cesar,” “Contiki,” and “Lady Margaret ZF” before moving on to the Tryon International Equestrian Center in North Carolina, where he earned seven top-ten placings.