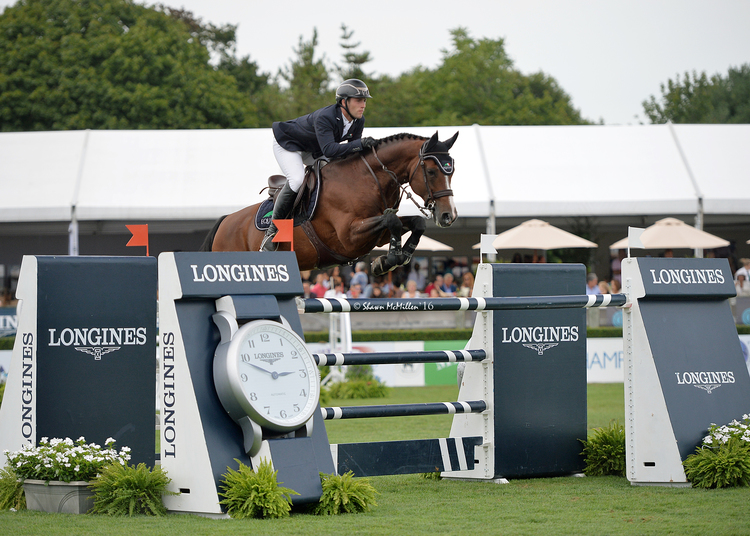 Mattias Tromp has been riding horses since he was old enough to get into a saddle. Through lead-line, children’s jumpers and juniors, he has now advanced to the Young Riders and Grand Prix levels.

Tromp officially began competing in internationally recognized competitions in 2013 at Old Salem. His 2014-2015 season included competing at WEF and the Pennsylvania National Horse Show in Harrisburg.

2016 brought great success for Tromp with various trips to the winner’s circle. He won at the North Salem CSI2* with KM Whatever RV which was followed by two wins, including the Grand Prix, at the Great Lakes Equestrian Festival CSI2* with Avon.

Tromp and Avon were successful at the Devon Fall show, claiming victory in both the $5,000 Speed Stake and the $25,000 Devon Fall Classic. He also took second place in the $35,000 Devon Speed Derby CSI4* aboard Eyecatcher.

At the Devon Horse Show, Tromp and Eyecatcher, clinched the tricolor after their first place finish in the $35,000 Main Line Challenge CSI4*. The pair also took second place in the $35,000 Devon Speed Derby CSI4*. As a results, Tromp had to share the Open Jumper Championship honors with Andrew Kocher after both riders tied with equal points.

Mattias is a resident trainer and rider at Beyaert Farm in North Salem, NY. He also works extensively with young horses that are just getting started on what will hopefully be a long and exciting career in the show ring.