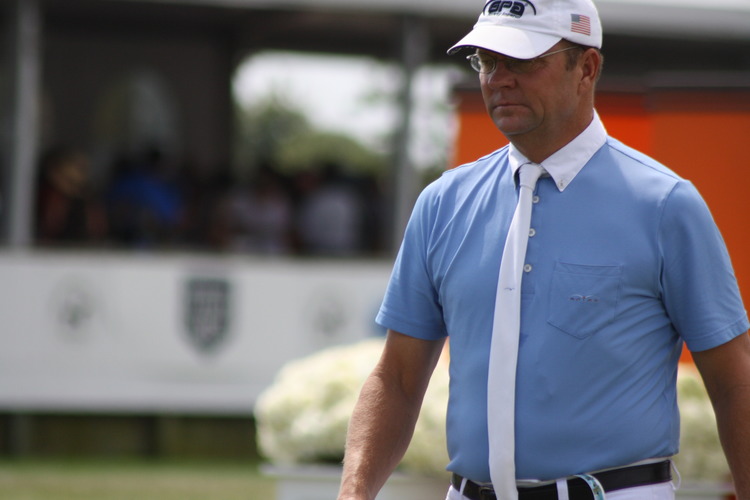 Welles began riding at the age of 6 in his native North Carolina. He has had success riding both hunters and jumpers. He was runner-up to Margie Goldstein for the 1989 AGA Rider of the Year Award. In 1991 aboard "Serengeti"' he won the Grand Prix of New York at the National Horse Show. This successful partnership continued in 1992, winning the $100,000 Crown Royal Grand Prix at the Hampton Classic and the Grand Prix of Devon.

In 2000, Welles won the $50,000 Grand Prix of Lake Placid aboard “S & L Riviera”, and the Mirror Lake Inn Speed Stake riding “Penelope” at the Lake Placid Horse Show. In 2001, Welles had a string of high placings during the Cosequin Winter Equestrian Festival, including a second place finish in the $75,000 Kilkenny International Cup.

In 2002, Welles had three first-place finishes in New York competitions including the $75,000 EMO Grand Prix and the $25,000 HITS Grand Prix, both in Ellenville, NY.

He continued his success in 2003 with wins in the U.S. and Canada and then added three Grand Prix wins in 2004. He started 2005 with a Grand Prix win at the Winter Equestrian Festival on “Octavius”, and won the Barcelona Nations Cup in Spain.

In 2006, Welles became only the fourth rider ever to sweep both of Lake Placid’s Grand Prix events, winning both the Budweiser Grandprix of Lake Placid and the Hermes Grandprix on “Armani”. He was then named to the short list for the U.S team for the 2006 Show Jumping World Championships at the World Equestrian Games in Aachen, Germany.

Welles was named to the short list for the 2008 U.S. Olympic team before his horse “Armani” came up lame eliminating his chance for making the team. Welles won the Janney Montgomery Scott LLC 1.35m Jumper Class at the 2009 Lake Placid Horse Show on “Umberto”. He then rode “Armani” to win the New Albany Classic Invitational Grand Prix. The pair continued on and was named as alternates to the Show Jumping Long List for the 2010 Alltech World Equestrian Games.

In 2010, he and “Armani” also claimed victory in one of the nation’s biggest show jumping events when they won the American Invitational in Tampa. The pair also finished in second place in the $150,000 Spy Coast Farm World Cup Qualifier at the Winter Equestrian Festival in Wellington, FL. Welles had two more Grand Prix wins in 2012, both at Saugerties, one in June and one in August.

In 2014, Welles had several wins on Wellington’s ‘Turf Tour’, including the $15,000 Grand Prix with “Antaris S” at the International Polo Club Palm Beach. He topped the ‘Turf Tour’ in Weeks 8, 10, and 11 aboard “Bilion”, and was named the 2014 Wellington Turf Tour Leading Rider.

In 2015, Welles and “Broken Heart” won the $75,000 AIG Grand Prix at HITS-on-the-Hudson in Saugerties. The 2016 HITS Saugerties Spring show series proved successful for Welles. He won the $15,000 KindredBio Open Jumper Prix with “Calais,” followed by victory in the $10,000 Brook Ledge Open Welcome class a week later.

Welles earned several top-ten placings with his horses at the 2017 WEF. At both CSI 4* competitions, he and “Broken Heart” scored a 2nd and 9th place, while he placed 5th and 12th with “Calais” as well as 4th and 6th in the CSI 2*.