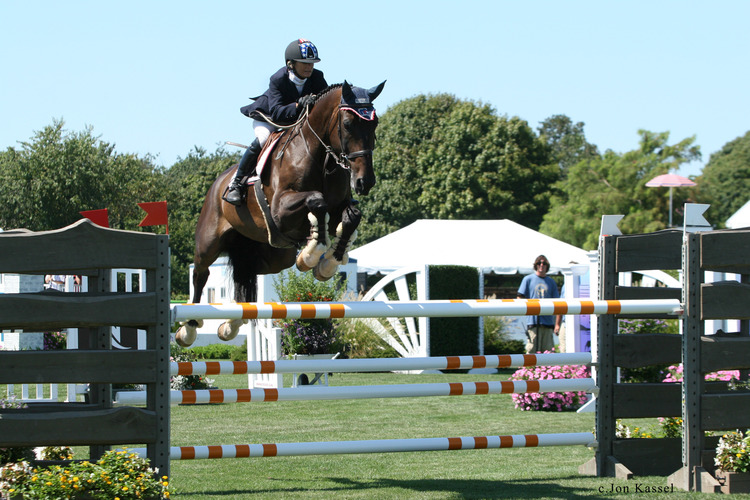 An Illinois native and University of Syracuse graduate with a degree in sociology, Stephens began riding at a young age. When she was just 10 years old, she showed at Madison Square Garden’s National Horse Show. She made history in 1982 when she rode “Spindletop Rocky Raccoon” to an outdoor high-jump record, tying with Dennis Murphy at 7’8” in Cincinnati. Stephens has a keen eye for selecting talented young horses and an astute ability for developing a horse’s innate talents. Her Centennial Farm is among the nation’s most successful show barns.

In April, 1991, Stephens placed seventh on “Volan” in the Show Jumping World Cup Finals, tying her with Anne Kursinski as the highest placed American riders. When “Volan” was unable to compete in the selection process for the 1991 Pan American Games, Stephens competed on “Poor Richard” and qualified on that mount, who was just entering Grand Prix competition. Stephens and “Poor Richard” helped the United States win the team Bronze Medal at the Pan American Games in Havana, Cuba. She went on to win a second Pan American Games team Bronze Medal in 1995 in Buenos Aires, Argentina. Stephens also coached the Gold Medal show jumping team at the 1995 North American Young Riders’ Championship.

In 1993, Stephens won the $100,000 American Invitational in Tampa Stadium, regarded by many as the nation’s premier show jumping competition.

She started the 2012 season with a 1.45m win on “Swagger Step It Up” at the Winter Equestrian Festival in Wellington. The pair went on to win the Fox Leas Grand Prix in November of that same year. In 2013 she won the Battle of the Sexes competition on “Narcisse Riollets.”

Stephens remains an active competitor on the national Grand Prix circuit with her recent top horses such as “Dryden”, “Condor C”, “Everest” and “FYI” competing at top shows including WEF, Live Oak, the Hampton Classic and the Tryon International Equestrian Center.

Stephens is married to Olympic course designer Steve Stephens, the longtime manager of the Hampton Classic who was inducted into the Show Jumping Hall of Fame in April 2014. She is also an Ambassador for the ASPCA.