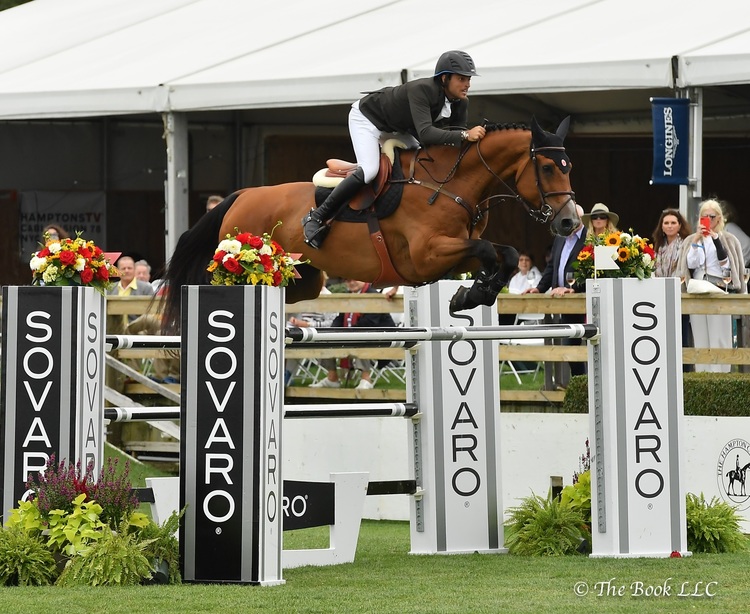 Daniel Bluman was born in Medellin, Colombia. His grandfather is a Holocaust survivor who spent three years in Auschwitz and moved to Colombia after the liberation. His father, Samuel, is an entrepreneur and his mother Orly, is a psychologist and social worker.

Inspired by his older cousins who loved and showed horses, Bluman started riding at age 3. As a young rider, Bluman competed in Colombia, Germany, and the U.S. and trained with some of the top equestrians in the world including Nelson Pessoa, with whom he trained in Belgium for a few years. This led to competing at some of the best competitions in the world.

In 2007, Bluman moved from Colombia to Wellington, Florida, in order to further his equestrian career. In 2010, he set up Bluman Equestrian with his cousins Mark and Ilan. After spending time training and competing in Europe, Bluman and Ilan created Bluman Equestrian NY in Westchester, NY, in 2015.

With a slew of top placings at many of the best shows around the globe, Bluman stepped onto the world stage at the 2010 FEI World Equestrian Games™ in Lexington, KY, followed by the 2011 Pan American Games in Guadalajara, Mexico. He made his Olympic debut at the 2012 London Olympics when he was just 22 years-old, finishing in the top twenty individually riding “Sancha LS,” the horse he also rode to an 11th place individual finish at the 2015 Pan American Games in Toronto, Canada, and at the 2014 FEI World Equestrian Games™ in Normandy, France. Bluman also competed at the 2016 Rio Olympics with “Apardi.”

A dual citizen of both Colombia and Israel, the native nation of his mother, Bluman made the decision after the 2016 Olympics to switch nationalities to compete under the flag of Israel. Since swapping flags, Bluman’s success has continued to skyrocket.

As part of team “Monaco Aces" on the 2017 Global Champions Tour, Bluman stormed to victory, winning the Madrid CSI5* Grand Prix, beating the biggest names in the sport in an electric finish. He then earned a multitude of top-ten placings at the Spruce Meadows CSI5* events.

Bluman had an incredible week at the 2017 Hampton Classic, scoring three FEI wins. His first triumph was in the $40,000 Sovaro Speed Stake with the mare “Bacara D'Archonfosse.” The next day he came back and won the $86,000 Grand Prix qualifier on her again, as well as sending “Ladriano Z” through to the ten-horse jump-off to qualify him for the Grand Prix. For the third time that week, Bluman heard the Israeli National Anthem play as he and “Bacara D'Archonfosse” took the lap of honor after winning the prestigious grand finale – the $300,000 Hampton Classic Grand Prix CSI4* against a field of top international competitors.

In November, Bluman flew to victory in the $35,000 International Jumper Power & Speed Victory at Toronto’s Royal Horse Show with “Apardi.”

Bluman’s 2018 season got off to a sizzling start at the Winter Equestrian Festival (WEF) in Wellington, Florida. In the span of one week in February, Bluman took the victory gallop in three grand prix events aboard three different horses. He rode “Sancha LS” to the quickest double clear in the $205,000 NetJets Grand Prix CSI4* and the next day claimed the top spot in the $15,000 Turf Tour Grand Prix on “Esmee.” He made it a hat trick as he navigated “Ladriano Z” to victory in the $384,000 Fidelity Investments CSI5* Grand Prix less than a week later. A month later, Bluman and “Sancha LS” placed fifth in the Great American $1 Million Grand Prix in Ocala.

After top placings at the spring shows, Bluman had an impressive performance at the Spruce Meadows ‘Continental’ CSI5* in June, winning the Husky Energy Cup 1.50m with “Entano” as well as several top-ten placings. He then went on to compete at the 2018 FEI World Equestrian Games on the Israeli Team, which finished in 13th place overall.

Bluman jumped straight into the winner’s circle in 2019. He and “Ladriano Z” flew to victory in the $134,000 Equinimity WEF Challenge Cup VII CSI5* as well as the $391,000 Douglas Elliman Grand Prix CSI5* at WEF. The pair also took sixth place in the $500,000 Rolex Grand Prix CSI5*. Double clear rounds from the pair in the Palm Beach Masters Nations Cup, helped Israel clinch the silver medal.

Bluman made history in May, scoring Israel’s first-ever victory in the €400,000 Grand Prix at CSIO Rome Piazza di Siena. From a starting field of 44 horse-and-rider combinations, the 29-year-old rider was one of only four to jump clear in the first round. And with the fastest clean round in round two he carved his name onto the prestigious Roll of Honor that dates all the way back to 1926, thanks to a brilliant performance from his 11-year-old gelding, Ladriano Z.

Earlier this year Bluman was crowned the 2018 Rider of the Year by the highly esteemed equestrian magazine L'Année Hippique for his outstanding results in 2018.

In Bluman’s spare time, he and his wife Ariel support various charitable organizations such as the UJA Federation, INTRA (Israel National Therapeutic Riding Association) and Antorchas de Vida, a foundation that focuses on nutrition and education of kids living in poverty in Medellin, Colombia.