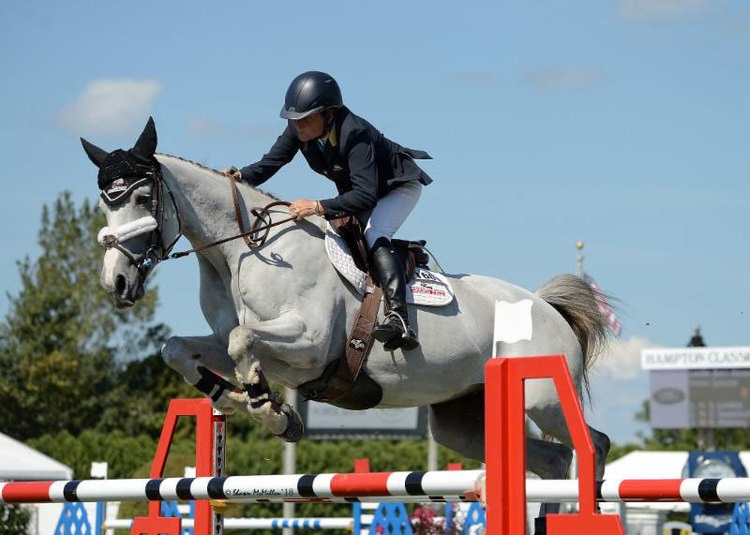 It was Ladies First in Thursday’s $40,000 SOVARO® FEI Speed Stake presented by Lisa & Mario Deslauriers and Lynn Tarnopol, as two-time US Olympic medalist Leslie Burr-Howard and mare Donna Speciale blazed to the top of the class at the 43rd Hampton Classic. 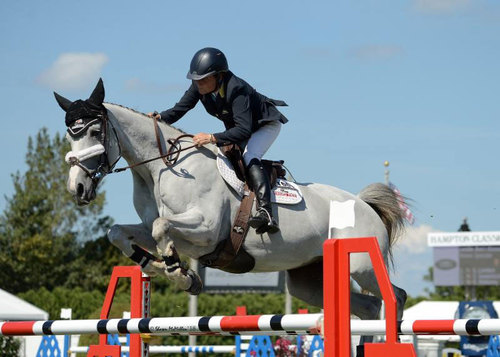 With a final time of just 59.71 seconds over the winding 14-effort course designed by Canada’s Michel Vaillancourt, they were the only pair to post a sub-minute time of the 46 who started.

Mexico’s Santiago Lambre was second with Dingeman in 61.79 seconds, and Ireland’s Shane Sweetnam third with Cyklon in 62.48 seconds.

Burr-Howard likens her fleet-footed mount to a ‘cutting horse’ in terms of instinct and reflexes, two very positive attributes in a top speed horse.

Burr-Howard continued: “She trusts herself incredibly. She really has tremendous self-confidence, even around the barn. She’s the alpha female for sure - It’s her way or the highway. But in the ring she just does it faster and quicker than the others. Can’t fault her for that!” 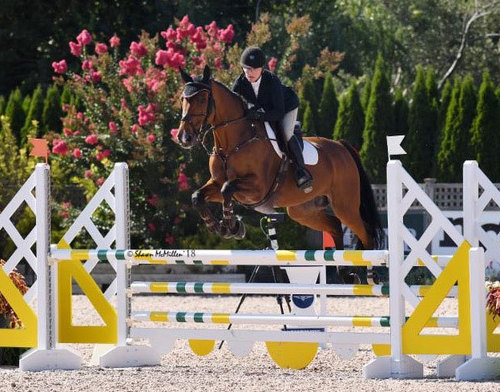 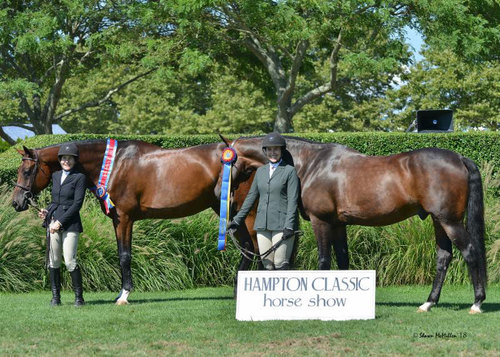 The Hampton Classic showcases more than 1,600 horses competing in 200 hunter, jumper and equitation classes in six show rings. The schedule features competition for horses and riders of all ages and abilities, ranging from children’s leadline classes all the way up to the grand prix show jumping with Olympic veterans that come from all across the U.S. and abroad. The Classic, which also hosts classes for riders with disabilities, offers five FEI classes, culminating with the $300,000 Hampton Classic Grand Prix CSI4* Presented by Douglas Elliman on Sunday, September 2.