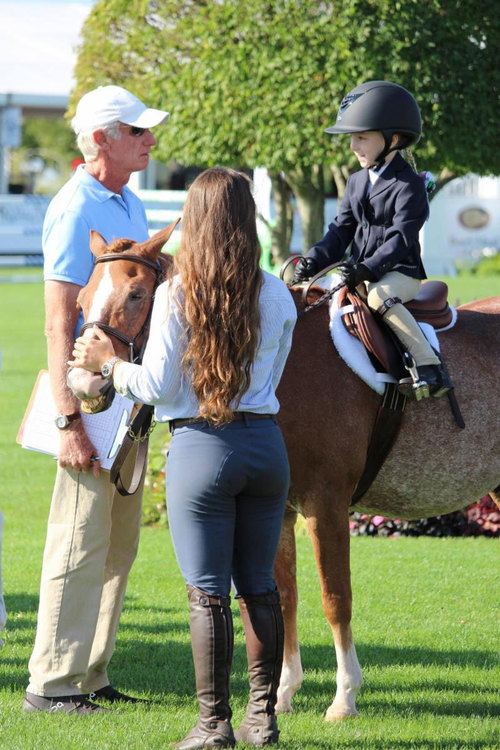 Hotly contested with nearly a hundred entries, these perfectly-presented young riders and their mounts had the honor of being first to set foot on the immaculate grass of the Grand Prix Ring. They were each judged carefully by Olympic Gold medal winner and Show Jumping Hall of Famer, Joe Fargis of Middleburg, VA. The scores were so close that a ride-off took place to establish final placings in the two age groups.
Sponsored by Kristen Baran and Mitch Kates and presented by Brennan’s Bit and Bridle, the final results of the Leadline 2-4 years were:

Sponsored by Laura Bowery of Sea-Aire Inc., and presented by Brennan’s Bit and Bridle, the final results of the Leadline 5-7 years were:

The Harmony Home Concierge Official Opening Day Ceremonies followed in the afternoon, with the introduction of officials and special guests before moving into the highlight of the afternoon, the $30,000 Boar’s Head Open Jumper Challenge.

Southampton Hospital has been partnering with the Hampton Classic Horse Show since its inception 43 years ago, and over that time has been the recipient of more than two million dollars in contributions from the Classic.

Ms. de Leyer has been the president of the Long Island Professional Horseman’s Association for many years, helping them achieve their mission of bettering the equestrian sport on Long Island. A native to Long Island, Ms. de Leyer grew up riding in the iconic equestrian family and has touched the lives of countless Long Island horse people.

As a sneak preview to Monday’s Animal Adoption Day, sponsored by Gotham North Enterprizes with support from The Equus Foundation, the crowd was also treated to a parade of horses from many of the rescue organizations participating.

The national anthem was performed by Leah Laurenti of Long Island. Ms. Laurenti has performed the anthem at numerous venues, after making it to Hollywood on two seasons of American Idol.

The Hampton Classic is one of the most spectacular equestrian events in the nation and showcases the highest levels of show jumping competition. The world-class event hosts hundreds of top riders and horses from all over the nation and world competing over eight days for over $750,000 in prize money. The week builds towards the $300,000 Hampton Classic Grand Prix CSI4* Presented by Douglas Elliman on Sunday, September 2, where the $30,000 LONGINES Rider Challenge will be awarded to the rider amassing the highest number of points in the show’s Open Jumper competitions.

The 60-acre Hampton Classic show grounds is also a shopping and dining mecca. There is a wide variety of food choices, daily kids' activities, and the luxurious Agneta Currey Boutique Garden and Stable Row feature more than 80 vendors, so you can shop 'til you drop. 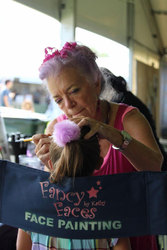 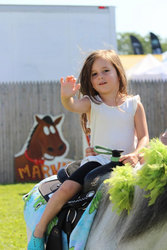