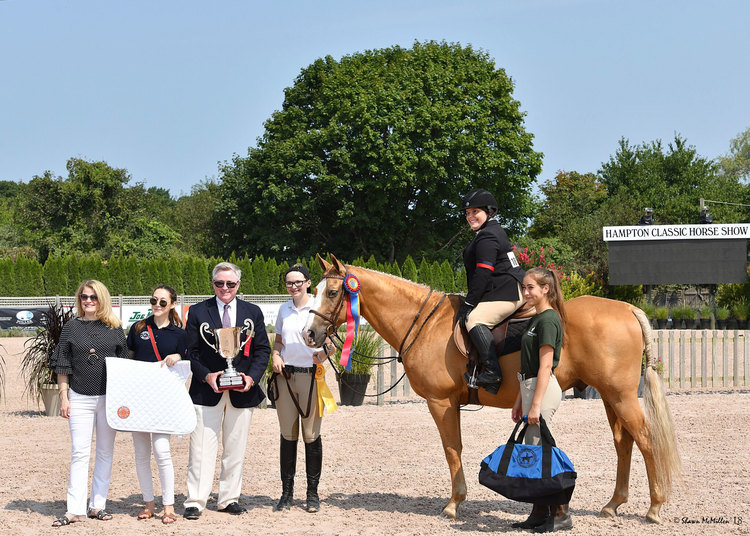 It takes perseverance and plain old hard work to chase a Championship title for more than ten years. That’s what Victoria Natale of Bayville, NY, has been doing at the Hampton Classic.

The 2018 LIHSSRD Championship Finals were held at the Hampton Classic Monday, with twenty riders across three divisions competing for the year-end titles, generously presented by BNB Bank.

The day began with a breakfast in one of the VIP Chalets, where Olympic Grand Prix rider Peter Wylde presented ribbons to each rider who had qualified to compete in the finals. 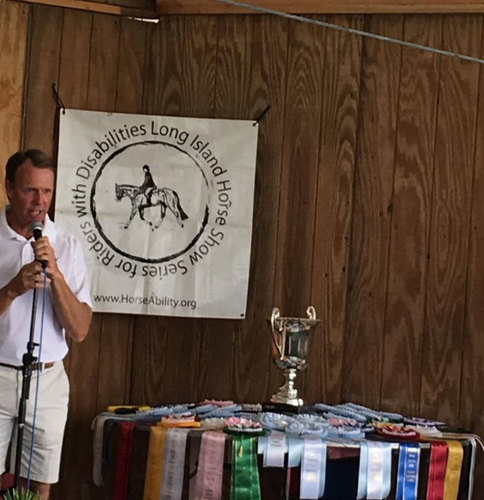 Olympic Gold Medalist Peter Wylde shared some advice with the riders. He reminded them that even at his level he still gets nervous and that it's normal and good to have a little nervousness (c) Kiley Bates

“I really enjoy coming and seeing these riders, and what these horses do for them,” said Duffy. “The smile on their faces is worth it all. And when they give me feedback, like the young man who came back after a year and said he had been working on keeping his hands quiet, after I mentioned it to him the year before. It’s just incredible.”

In the Leader/Sidewalker divison, Champion was Victoria Natale of Bayville, NY with Giddy Up Cowboy; Reserve Champion was April Kloepfer of Setauket, NY with Woodstock.

Natale, 26, won the Championship here twelve years ago, and has been chasing it ever since. This year was her year to reclaim the title. 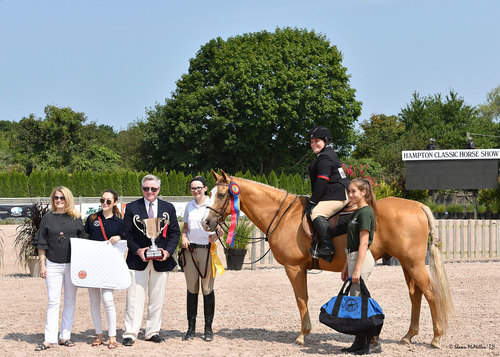 Natale won the Championship here twelve years ago, and has been chasing it ever since (c)Shawn McMillen Photography
“Trotting is the most challenging for me, I don’t always place well,” said Natale after the awards. “I’ve never won first place in the Trot class at the Hamptons, so this was a big accomplishment for me today. I’ve been working a lot with my coach, focusing and working on my two-point position in particular, so I’m pleased that has paid off. But what was REALLY cool about today was getting to see all the other riders from the other barns and seeing what they have been working on and how well they are doing. It’s so great to get to see everybody at the end of the season.”

In the Beginner Independent division, Lucian Rodriguez of Boonton, NJ, repeated his Championship from 2017 with Sebastian; Reserve Champion was Bonnie Bokser of Farmingdale, NY, with Hundred Acre Woods. 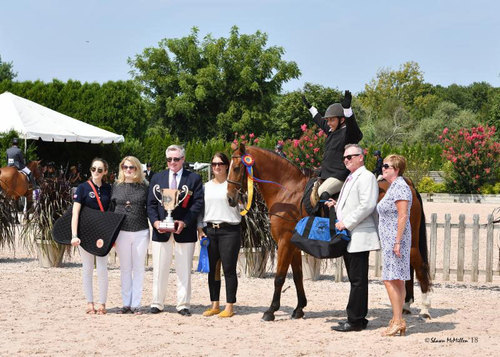 Lucian Rodriguez (c)Shawn McMillen Photograhy
Rodriguez identified his figure-eight pattern near the end of the class as something he executed well, and it may have put him ahead in the points today.

“I’ve only ridden Sebastian two, maybe three times, so it’s always a challenge,” said Rodriguez. “I’m looking to move up a division next year to Advanced, hopefully I will make it back to the Classic in 2019!” 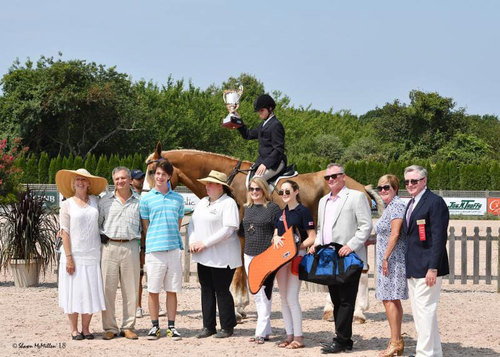 Tyler Armack receiving his awards (c)Shawn McMillen Photography
Katie McGowan, Director and Founder of HorseAbility and one of the founding committee members of the Long Island Horse Show Series for Riders with Disabilities, discussed the impact the horses have on these riders, and that simply being able to compete as part of a larger community is something many other riders may take for granted.

“These riders, these particular individuals, most of them are not able to be part of team sports,” explained McGowan. “Riding, although an individual sport, gives them and their families the opportunity to be part of a team with the other riders at their barn. Then, because they all go to these five or six horse shows, they become part of their barn family. And show family. Even from other barns, they cheer each other on. They root each other on while they are on horseback, in the ring! That’s amazing. To have passion for one another and feel true joy for one another - that’s what this is all about. And the horse is always at the center of it.”

Shanette Cohen, Executive Director of the Hampton Classic, said “The Hampton Classic is honored to host the LIHSSRD series finals again this year. This is truly one of my favorite days at the Classic. These riders are an outstanding example of meeting challenges head-on. We thank BNB Bank for their support of this wonderful day.”