Emma Kurtz and Due West take the $10,000 Hermes Hunter Classic at the Hampton Classic Horse Show 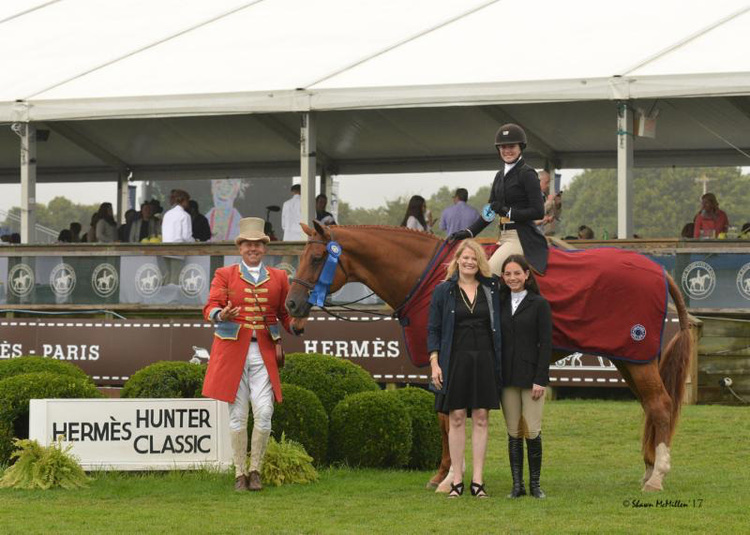 Seventeen-year-old Emma Kurtz from Hudson, OH, won the $10,000 Hermes Hunter Classic Sunday morning at the Hampton Classic, the final hunter competition at the 42nd edition of the horse show. Just seven points separated the top five finishers, illustrating how close and consistent the level of competition was in the Anne Aspinall hunter ring today. 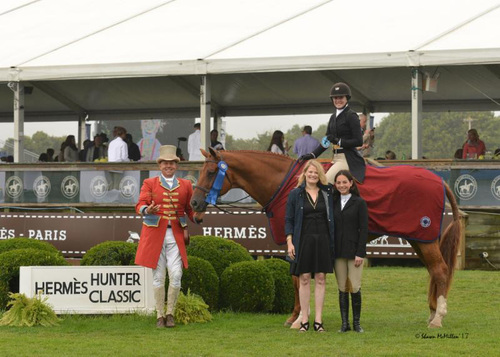 As a light rain fell over the competition, Kurtz piloted Popish Farms' Due West to the head of the class, competing at the 3'6" height level over two rounds. With a first round score of 86, the pair returned second to last in the final round, receiving a score of 85. The pair finished on an overall final score of 171. 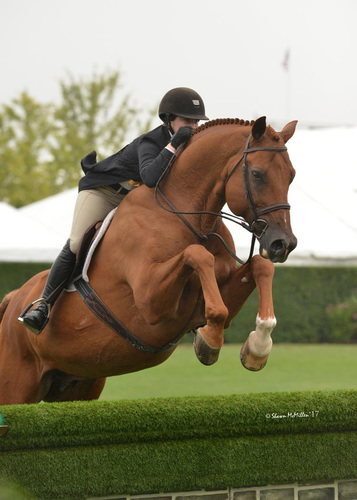 Finishing a single point behind to take second place, Sophie Gochman of Palm Beach, FL, placed ahead of Kurtz in the first round, with a score of 88. With an uncharacteristic bobble from Garfield in the second round, in front of the busy VIP tent, their second-round score of 82, would not be enough to hold onto the lead, dropping them to second with 170 points overall.

"We had a small rub in the first round which dropped us just behind Sophie," explained Kurtz. "Our goal for the second round was to be a little more animated and impressive, since we knew we had some ground to make up. He's really lazy, so usually the goal is to get him to carry more pace, to gallop a bit more. I've had trouble in the past on grass because sometimes it's hard as a rider to read the ground and know where your spots are at the jumps. Thankfully I seem to be getting better at it and didn't have as much of an issue with it today." 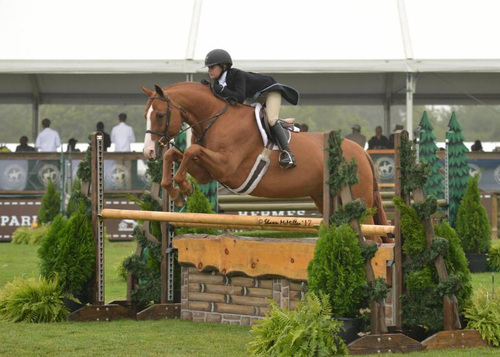 Following the awards presentation, the judge of the class, Phil DeVita, discussed the quality of the competition he saw Sunday morning.

"You had an awful lot of very nice, athletic horses out there, and she was the smoothest. Her horse jumped great overall," said DeVita. "She just put the whole package together both times, both rounds, and the consistency of her scores reflected that. The scores at the top were very close together, it wasn't a giveaway by any means. The footing was good, the horses jumped great. It's a beautiful setting, really one of the nicest shows in the world."

Stephanie Danhakl of Pacific Palisades, CA, finished third on First Light, with an overall score of 166.00. Having ridden four horses in the class, Giavanni Rinaldi and In Joy finished fourth with 166.50 points and fifth on Fabricio 23 with 164.00 points.

The final Hunter Championship awards of the Hampton Classic were presented following the completion of the Hermes Classic. 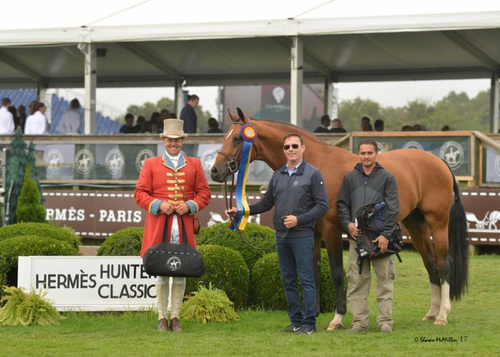 Ray Mayorga, the groom who looks after Lucador was presented with the Hunter Groom Award, as well as a check for $500.00 sponsored by Aden Brook in addition to a Beval Back Pack.

For those who were not able to make it to the show grounds, complimentary live webcasts of all Grand Prix ring competitions aired on the Hampton Classic website, produced by ShowNet. Most of the Classic's other classes are also available for review on ShowNet.biz. In addition, WVVH-TV, the official Long Island television station of the Hampton Classic, broadcasted competition and highlights each day during the Classic. These broadcasts can also be seen on line at www.wvvh.tv.