Dogs, Cats and Horses all Searching for Forever Homes on Adoption Day at the Hampton Classic Horse Show 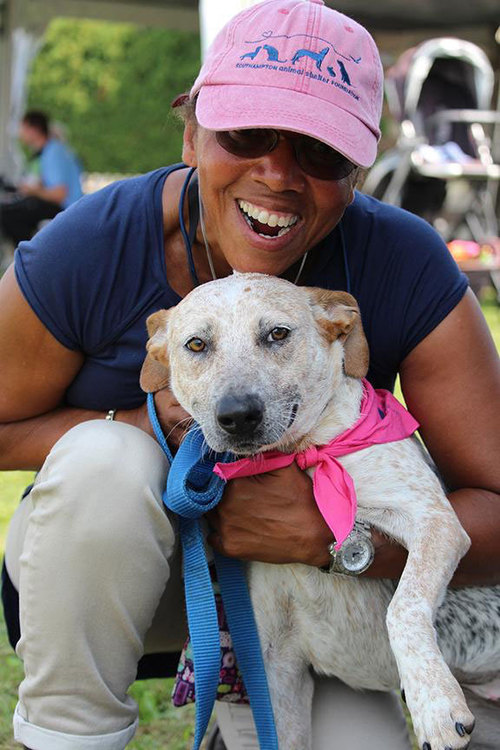 Animal Adoption Day celebrated its eighth year at the Hampton Classic Monday, with rescue dogs, cats and horses from a variety of animal rescues and shelters on Long Island and beyond on hand. 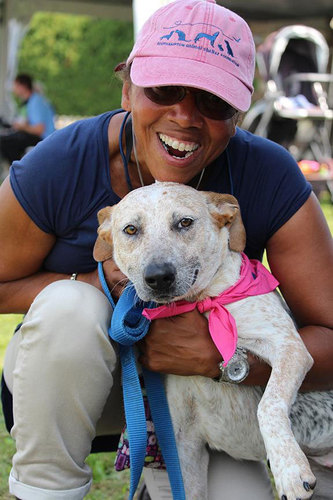 Dogs, Cats and Horses were on hand at the Hampton Classic, all looking to find their forever homes. © Kiley Bates
Equus Foundation “Equustar” and Sponsor of Animal Adoption Day through her Gotham Enterprizes LLC, Grand Prix rider Georgina Bloomberg was on hand greeting visitors. Bloomberg explained that adoption day on the equine side was primarily about raising awareness of adoption as an option for horses transitioning from one phase of their lives to another.

“We’ve had good success with horses actually being adopted at the Hampton Classic,” said Bloomberg, “but it’s more about raising awareness and getting exposure for the rescues, and teaching people about the great horses that are available for adoption. We’ve done demonstrations in the past, we’ve ridden some of them and people can come into the ring and meet the horses. So even if they don’t get adopted today, we’re here to promote adoption and for people to see that if horses need homes, it’s not because they are broken or un-rideable. We try to keep the rescues relatively local to the horse show, I think it’s important for people to meet horses here and then be able to go visit them and check out the environment.” 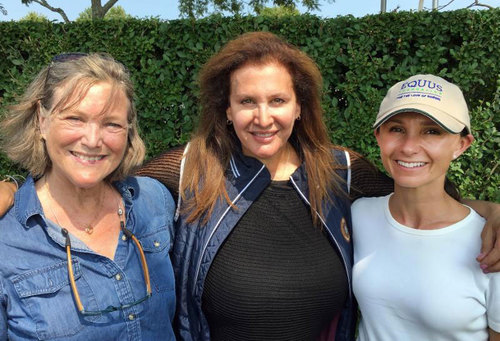 “People think rescue, they think it’s a broken-down old horse. It’s not,” said Coakley. “There are so many horses who have the potential to have multiple careers in their lives. We focus on what happens when it’s time for them to move on to their next career.”

One of the participating small-animal rescues, Gimme Shelter Animal Rescue from Sagaponack, NY, had dogs on-hand at the Classic to meet new people and hopefully start the process of finding their forever homes.

“What happens is people meet the dogs here, but then they still have to complete an application and go through a screening process,” explained Michelle Neufeld-Montak, founder and director of Gimme Shelter. “Even though somebody may be applying, to us it represents the rest of that dog’s life, so we take it very seriously. The application includes references, a vet check if they have existing animals (to ensure their current animals are being properly cared for) and a home visit. Only then do we start to move forward with meeting the dog again in the foster home.”

“We LOVE the Hampton Classic – we’ve been doing adoption day every year for the last six years,” said Neufeld-Montak. “Horse people love dogs, there are so many animal lovers around. We’ve adopted to many people who have horses, and many of them met us here at the Classic.”