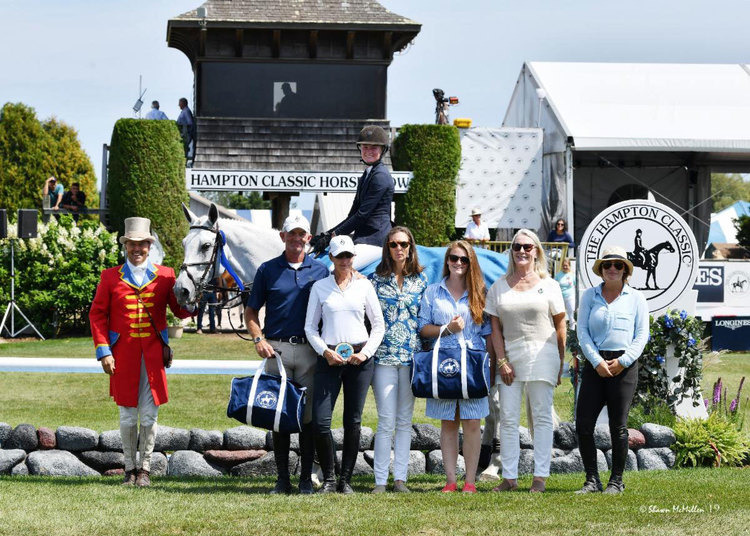 Twenty-four riders started the first round at 8:00am, which included the challenging natural obstacles of the bank and the open water. Other than the ambitious time allowed set on a pace of 400mpm, nothing else had as great of an influence on the outcome of this Championship as these obstacles in the first round.

Ellis received a first-round score of 87 points and a second-round score of 91 points to finish with an overall total of 178. Second place went to 2018 winner Mimi Gochman with a final total of 176 points, and third went to Elli Yeager with a total of 171 points. 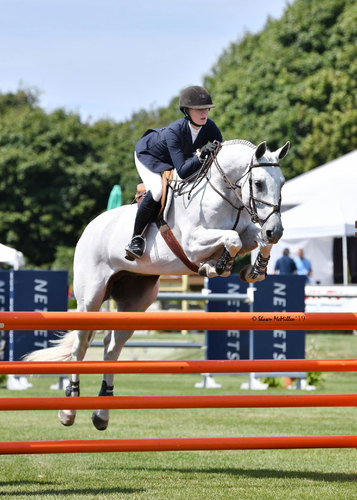 “I competed in this class with him last year, so he has seen the bank and the water here before,” said Ellis following the presentations. “We also went schooling off-property here in the Hamptons, where we were fortunate to have access to a beautiful bank and water to practice over. I was nine seconds under the time allowed in the first round, and in the second round I was looking at being efficient and tidy and keeping the corners nice and tight. The time allowed is always on my mind.”

International course designer and Olympic silver medalist Michel Vaillancourt set the two tests and didn’t hesitate to identify that the issues with the natural obstacles came from a lack of preparation on behalf of the riders and horses.

“The natural obstacles cause trouble every year,” said Vaillancourt. “Obviously the horses that had problems at the bank and the water have not prepared for it very well. The more seasoned trainers who have been here a couple of years, know what to expect and make sure their horses and riders are prepared.”

“Another challenge that has been in place for a number of years is the tight time allowed,” Vaillancourt continued. “It’s interesting for me to watch these equitation riders because they are so accustomed to doing certain things a certain way, and they never change their rhythm. I try to force them to go short, force them to go longer on certain distances. Especially in the second phase where I opted not to use the natural obstacles again -- nobody changes their rhythm. They must learn how to adjust their rhythm in order to ever be able to make the time allowed.”

Missy Clark trains Ellis and has coached some of the most successful equitation riders of the past 20 years. Clark summarized why it was so important for these riders to be able to adjust to the demands of the jumper ring and this Championship in particular: 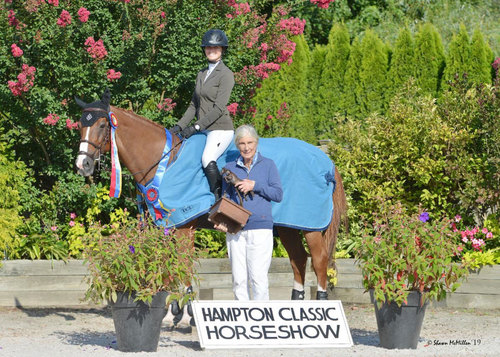 Virginia Ingram with Esprit, winners of the $12,500 Amateur-Owner Jumper Classic. They received the Firefly Trophy, donated by Philip Richter of Turnabout Farm in honor of Christophe de Menil. © Shawn McMillen

Earlier in the day, Dagny Mactaggart topped a seven-horse jump-off with Ziezo, to win the $15,000 Carolex Junior/Amateur-Owner 1.40 Jumper Classic. Second went to Ava Ellis with Quivive S Z and third to Kathryn Hall with All in 9.

The $12,500 Amateur-Owner Jumper Classic was won by Virginia Ingram with Esprit. They received the Firefly Trophy, donated by Philip Richter of Turnabout Farm in honor of Christophe de Menil. Second went to Canadian rider Karen Sparks, with Teddy du Bosquetiau.

The $12,500 Junior Jumper Classic was won by Mimi Gochman with Avoloma BH. Second went to Daneli Miron with Fairy Tail, and third went to Audrey Schulze with Famous-O. 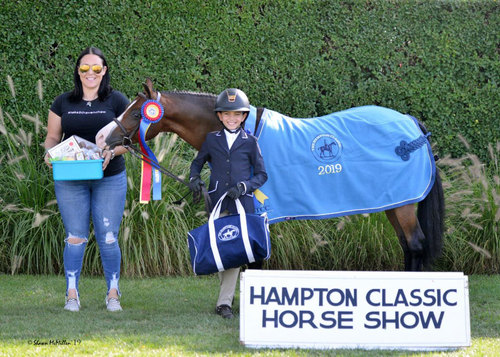 In the Anne Aspinall hunter ring, hunter champions were crowned in advance of Sunday’s $10,000 Hermes Hunter Classic and the awarding of the Grand Hunter Championship.

Becky Gochman and Catch Me were Champions in the Hunt Ltd. Amateur-Owner 3’6” Hunter (36+) division. Reserve went to Rafiki, ridden by Lee Kellogg Sadrian.

In the Human Touch Amateur-Owner 3’3” Hunter 36+ division, Champion was John Ingram with Airport. He received the traditional trophy and cooler and also a Human Touch massage chair. 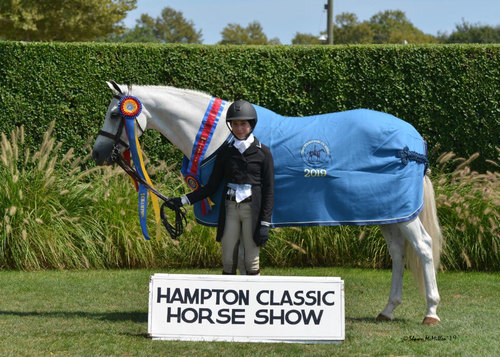 Sunday, September 1 is Grand Prix Sunday at the Hampton Classic.The $10,000 Hermès Hunter Classic is the featured competition in the Anne Aspinall ring, followed by the presentation of the Grand Hunter Championship and Leading Hunter, Junior Hunter & Rider and Junior Equitation awards.