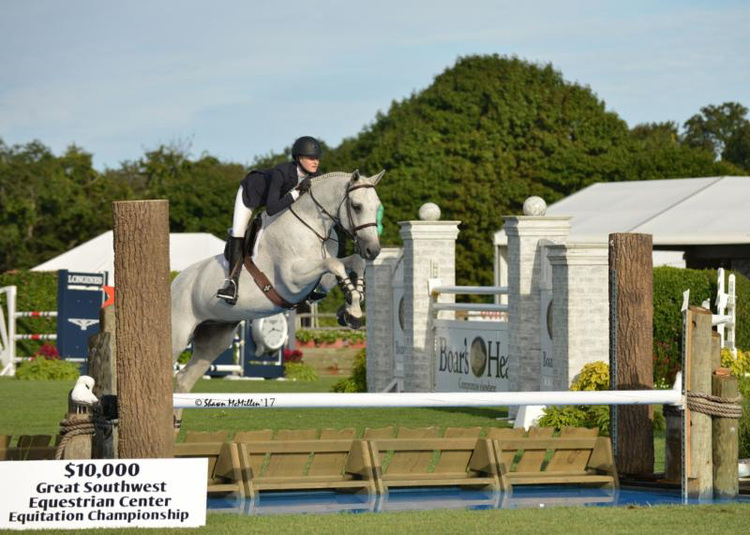 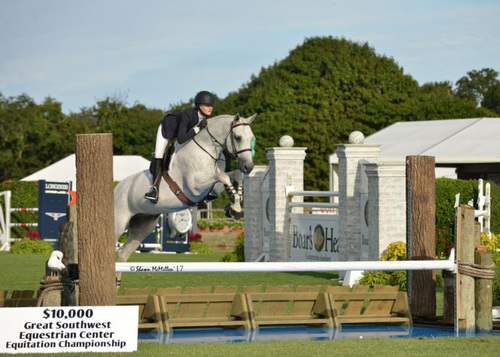 Revers received a first-round score of 86 and a second-round score of 97, (from which three points were deducted for time penalties) to finish with an overall total of 180 points. Second place was awarded to Madison Goetzmann of Skaneatles, NY, with a final total of 171.5, and third went to Jordyn Rose Freedman of Longmeadow, MA, just a half point behind with 171.0.

Returning in reverse order of standing following the morning's first round of competition, Revers had the good fortune of riding second-to-last and was able to watch the rest of the riders tackle the course before her turn in the ring.

"After watching the first riders go, we knew the time would be tight so we talked about keeping a really good pace, and not taking too much time around the turns," said Revers. "You had to ride the lines very accurately and you couldn't make up the time in the lines so you had to focus on the turns."

Revers, who is trained by Stacia Madden and has recently started working with Max Amaya, emphasized the plan for the second round was to ride through any mistakes.

"The biggest thing Max emphasized was if we had a small mistake to keep going," explained Revers. "It was a tough course and it would be impossible to do absolutely flawlessly. If something happened you'd just have to keep going and do the best you can. My horse has a very nice canter, he goes at a more forward pace than some others. He's a great jumper - very brave, which was definitely very important jumping onto the bank. The early riders had rails, time faults and refusals. It just emphasized you just had to ride the course; don't worry about making it smooth or look beautiful, just ride the course and get the job done."

Amaya's wisdom comes from experience: "My advice for the second round was stick to the plan, follow every single instinct, but don't overreact. Don't overcorrect. Let the horse jump. Give him a little space, but don't overthink this course." 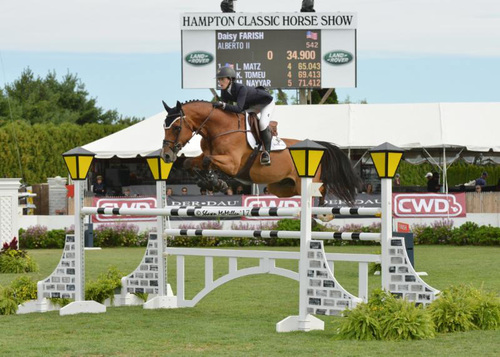 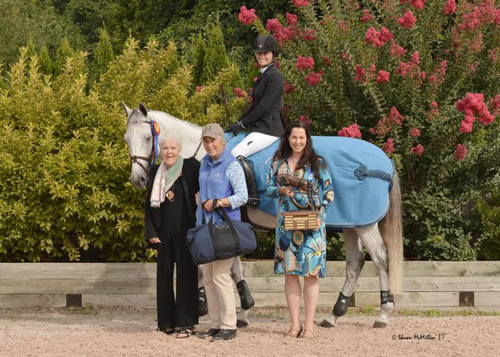 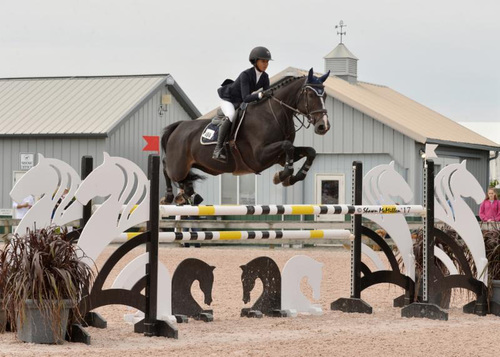 In the $5,000 Adult Jumper Classic, Lindsey Tomeu took the win with Gold Lux, Sarah Gordon on Bonitha was second and third went to Deborah Perkins with Emerald Grace.

In the $5,000 Children's Jumper Classic, sponsored by the Swan Creek Family Corporation, Hallie Grimes finished on top with Alasca LV Z followed by Sophia Pilla and Betty Boop III in second, and Charlotte Currey with Califa in third.

In the Anne Aspinall hunter ring, Becky Gochman took the championship in the Hunt Ltd. Amateur Owner 36+ hunters, with John Ingram taking the reserve with Cuba.

Gochman, whose teenage daughters were also extremely successful this week at the Classic, admits to "being pretty busy" at the Classic, but having a good time fitting in some riding herself. 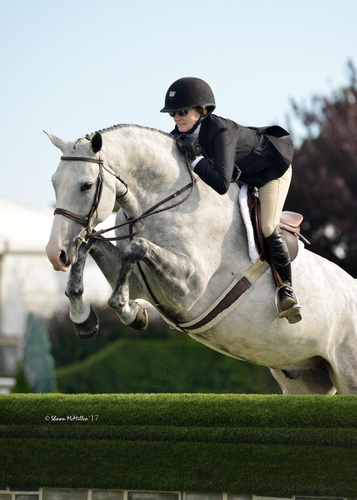 "This horse, Catch Me, is amazing," said Gochman. "I call him my magic unicorn. We weren't quite in sync with each other Friday - this is my first time taking him on the grass and I was a little nervous. He is very sensitive so he picked up on that. We were able to make a full comeback today and I'm very proud of him. Our team is amazing and I'm filled with gratitude. Just to ride on this classic green ring of the Hampton Classic - anything that happens is icing on the cake. This is the most beautiful horse show in the country."

Standouts in this very competitive division, Ingram was equally as proud of Cuba, who comes to the Classic having just won the 2017 USHJA International Hunter Derby in Lexington in August. 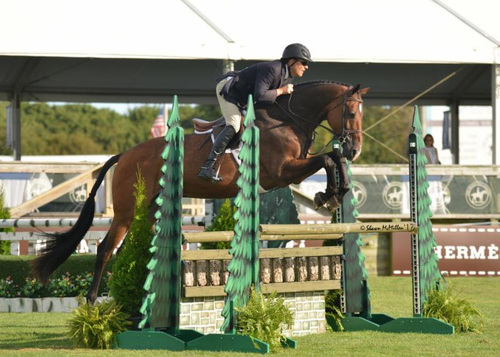 "Becky rode beautifully and Catch Me was awesome today," said Ingram. "There's no shame in being second with a 90! My mother-in-law, Agneta Currey, is one of the founders of the show, so we make a point of getting up here each year. It's incredibly special. It's a beautiful grass ring, we don't get to ride in many of those anymore. They make a real effort here to make this show lovely and special. It's a great way to wrap up the summer season."

In the GiGi New York Amateur-Owner Hunters, 18-35 years, Peter Lutz and Chablis were awarded the championship, with reserve going to Nikki Diamantis with Cascina. 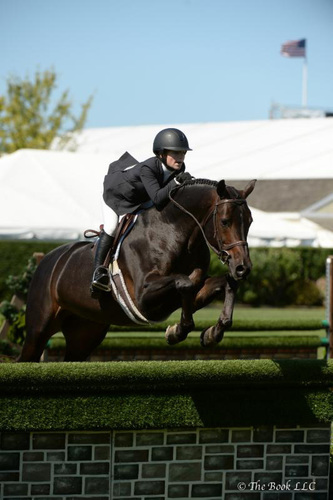 The Grand Champion Junior Hunter was awarded to Mythical, owned by Gochman Sport Horses and ridden by Sophie Gochman.

Sunday, September 3 is Grand Prix Sunday at the Hampton Classic. The $10,000 Hermès Hunter Classic is the featured competition in the Anne Aspinall ring. Festivities in the Grand Prix Ring begin with the $25,000 Jumping Derby followed by the grand finale -the $300,000 Hampton Classic Grand Prix CSI**** Presented by SOVARO®. The winner of the $30,000 LONGINES Rider Challenge will also be presented. Competition starts at 10:00 a.m.

The Classic features over 200 classes in six beautifully manicured show rings; a Boutique Garden with more than 70 vendors for shopping, and a wide selection of dining options on the world-class 60-acre showground.