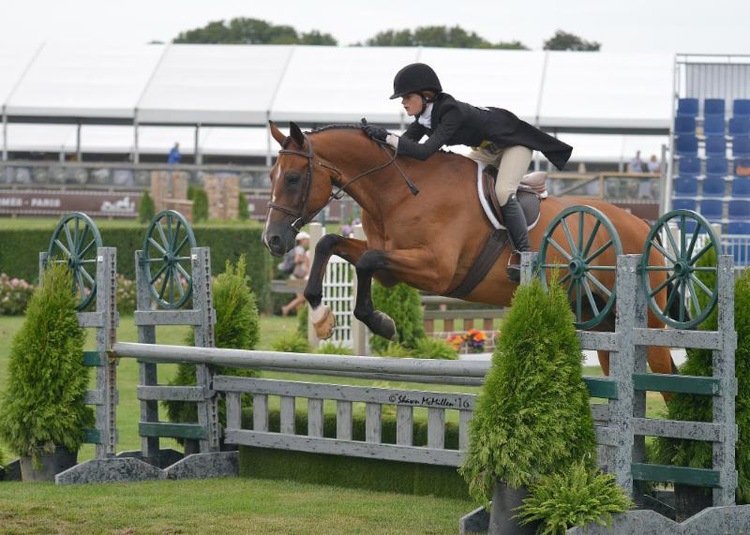 Schoelen won the 15-17 division riding Capone Z and Topping captured the blue ribbon in the 14 & Under division on Perfektionist, owned by Tracey Topping 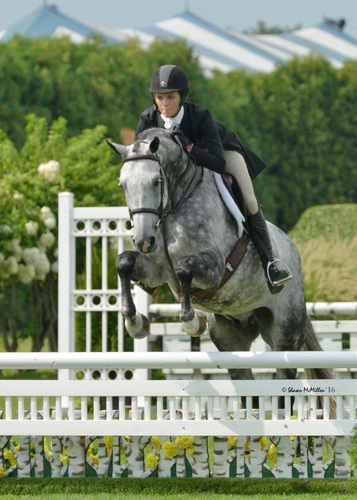 Schoelen, of Toms River, NJ, received an 82 in the first round and an 89 in the second to secure her victory in the 15-17 division. The second round score caught her by surprise.

"I was amazed. I never received a score that high before," said Schoelen. "I started out in third after the first round and I ended up winning. It feels great."

Schoelen has only had her 8-year-old Zangersheide for two years, but she has really enjoyed the experience. "My horse is so awesome. I have had so much fun with him. He is so cool, he does anything I ask him to do. He is just so great." 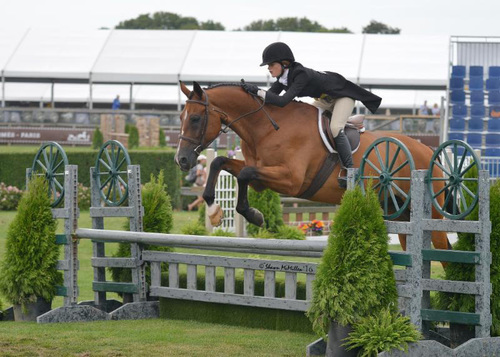 Topping, 14, of Sagaponack, NY, received the highest score in both rounds to win the 14 & Under division and she gives all the credit to Perfektionist.

"I was really happy with him," said Topping. "He was such a good boy all day. I have only been riding him since March of this year, but he is so perfect and smart. He's just a really good boy. I really like him."

Topping has competed at the Classic since she was four years old. "I competed in leadline, but I didn't win. I was happy to win today, it was fun."